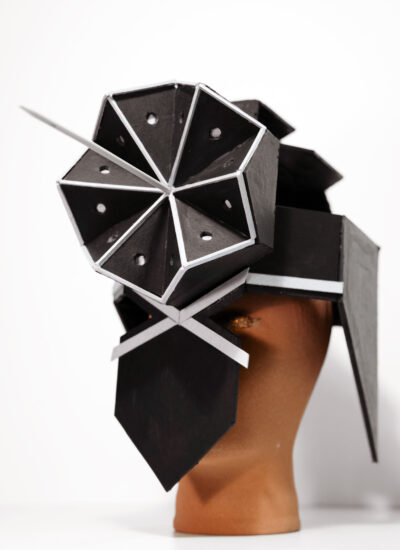 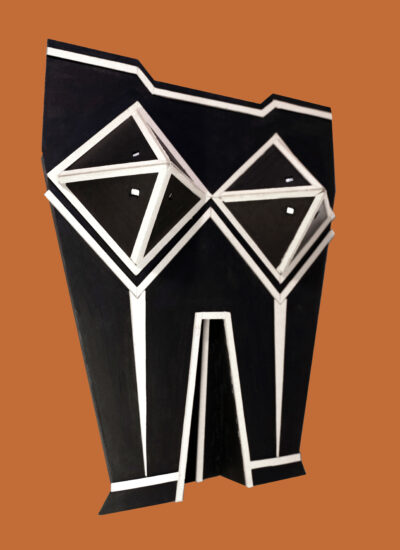 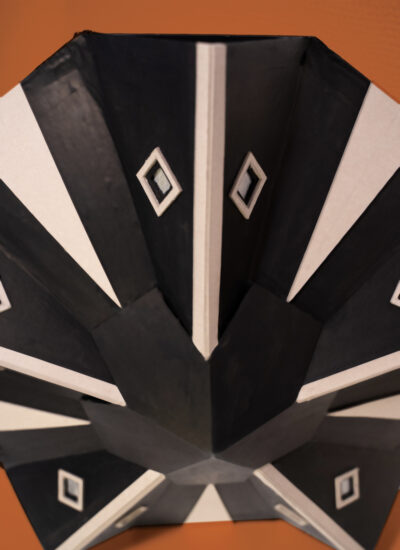 This series of works problematizes photography as a socially functioning technology that enables new forms of participation in the public sphere. Photographic images (selfies) became an active tool of resistance in the executed during online protests for women’s civic rights in Poland. The photographic camera thus became a weapon – a tool of “weak” resistance.

This series of photographic works is based on the principle of the pinhole camera – it consists in semi-figural sculptural objects that are equipped with pinhole camera viewfinders and loaded with flat BW negatives, on which they record their environment.

Cameraobjects – potential elements of a costume – are inspired by ancient paintings, such as the scene from the Athenian amphora depicting Achilles killing Penthesilee (ca. 540-530 BC)